Client Focused. Results Driven. Contact Us Now for a Free Consultation
Home
Practice Areas
Criminal Law
Restraining Orders
What is the Difference Between an Abuse Prevention Order and a Harassment Prevention Order?

Restraining Orders: What They are and How They Work

There are different types of restraining orders in Massachusetts. If you are involved in a domestic violence conflict, you may face one or more types. Your spouse or another family member can seek protection under the law from the courts in the following ways:

The petitioner is protected against physical or sexual abuse by a relative or household member under this sort of order. The defendant is refrained from contacting, abusing, or living with the petitioner. This shields the petitioner from damage or the fear of harm induced by force. A 209A Order can also grant temporary custody of a minor child to the petitioner. According to Massachusetts law, abuse is referred to the act of: 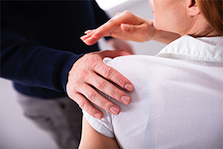 Additionally, other types of protection may be available depending on your individual needs.

Violation of an Abuse Prevention Order 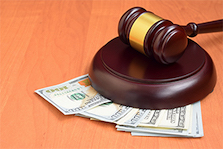 If you violate an abuse prevention order, you may be fined up to $5,000, or serve a maximum sentence of 2.5 years in a correctional facility. You may be fined and forced to serve time in a correctional facility at the same time. In addition to these penalties, anybody found in breach of the order is liable to a $25 court fee. They may also be ordered to pay the plaintiff monetary damages for losses incurred as a result of the harassment. Anyone who violates this order is also required to undergo a Certified Batterer's Intervention Program. It is a crime to violate an abuse prevention order. In order to convict someone of violating an abuse prevention order, the prosecution must be able to establish four things beyond a reasonable doubt:

This type of restraining order is designed to prevent you from being harassed. You are entitled to obtain this order if you possess proof that someone committed three or more intentional and malicious acts that caused fear, intimidation, property damage, or abuse.

A harassment prevention order is a court order that protects a person from being harassed on a regular basis. Harassment is defined by the law as the occurrence of one of the following events: 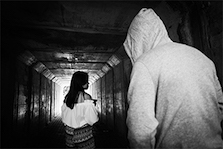 A restraining order hearing can be an important element of your defense. It gives you a vital opportunity to question your accuser and assess their credibility. If you've been issued with a restraining order, you'll need the help of a lawyer from the Bellotti Law Group P.C. Call 617-255-2100 for a free consultation.