Should I Fight a Restraining Order in Massachusetts?

Having a restraining order against yourself may be one of the most distressing experiences you've ever faced. The fact that many individuals are unaware of the impending legal action makes it more difficult. If a restraining order has been filed against you, it is crucial to seek the help of an experienced attorney at Bellotti Law Group, P.C. We have over 30 years of experience and can help defend you. Call 617-225-2100 for a free consultation.

What is a Restraining Order in Massachusetts?

A restraining order is a civil court order approved by a judge that helps persons who have been subjected to different forms of abuse in Massachusetts. An alleged victim seeking remedy under G.L. c. 209A or G.L. c. 258E is filing a civil lawsuit against the alleged abuser, not a criminal case. This is true even if the alleged abuse is being investigated as a criminal act. A violation of a legal restraining order, on the other hand, is a crime. The starting party, the alleged victim, is known as the plaintiff, and the opposing party, the alleged abuser, is known to as the defendant, as in most civil processes.

The abuse or harassment must halt once the plaintiff files a restraining order and it is provided and properly served on the defendant because any breach of the civil restraining order is a criminal violation that could result in the abuser being arrested and detained or incarcerated.

A 209A abuse prevention order, which applies to statutorily specify "household members," comprising former boyfriends and girlfriends, is the most common and conventional sort of order. The plaintiff must allege one or more acts of attempted bodily harm, threatening imminent bodily harm, or rape to get this sort of order.

With the enactment of General Laws Chapter 258E in 2010, the legislature introduced a new process for obtaining restraining orders. There is no requirement that you and the plaintiff have any kind of relationship under the 258E harassment prevention order. Instead, the plaintiff must demonstrate one of the following:

You will be served by the police or by mail a restraining order as being the defendant. However, you will not be served with a copy of the complaint application or the Affidavit, so you should obtain a copy of both before the hearing. You have the right to testify, present evidence, and ask the witnesses during the hearing. To put it another way, you get the chance to explain your version of events.

If you have been issued a restraining order, you must attend the hearing to challenge the order. The judge and the court personnel are well aware of everyone's actions in the courtroom. The judge will pay attention to the time you come, what you dress, how you interact with the other person and your tone in court.

A court must determine that you caused or tried to cause bodily damage, or that you put someone in fear of immediate significant physical harm, or that you forced someone to have sexual intercourse with you by using force, threat, or coercion to issue a restraining order against you. The court should not impose a restraining order against you if none of these criteria are satisfied. The facts of your case will determine how you defend yourself. If you feel someone is attempting to obtain a restraining order against you only because you have a mental condition and they are unable to fulfill the legal threshold, you should contend that they are not entitled to one. It is not enough to have a mental health diagnosis or to be taking (or not taking) medication for a psychiatric condition to show abuse. Tell the judge whether the person requesting the restraining order has sought to contact you or otherwise acted as though he or she is not frightened of you, as this contradicts the petitioner's claim that he or she is afraid of you. Maybe the individual who is seeking a restraining order against you has been abusive to you. In such a scenario, you should bring any previous or existing restraining orders you have against the person to the hearing. You can also bring medical documents, police reports, pictures, or witnesses who can attest to the abuse in the past. If you strike back in defense against someone who is abusing you, you may be held responsible as well. 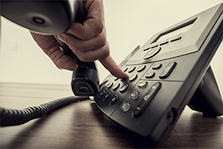 You should try to bring an expert attorney to the hearing with you, but if that isn't possible, you should bring a medical professional, therapist, case manager, advocate, close relative, or friend to support your testimony. You should also provide information on your side that balances the court's perspective of you and reminds the judge that mental illness does not always imply instability, violence, or bad upbringing. For example, you could demonstrate that you have consistent employment, and/or participation in a day program; that you have strong support from family; that you have consistent and long term relationships with your children; that you pay child support regularly; or that you are active in your community.

Contact an Attorney to Fight a Restraining Order in Massachusetts