How Do I Fight a Harassment Prevention Order in Massachusetts? 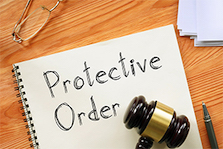 What is a Harassment Prevention Order?

A harassment prevention order is a court order that protects you from being harassed or abused by someone. You must prove that the defendant "harassed" you to obtain a harassment Prevention Order. This usually involves proving that the defendant caused you to feel that you were under imminent danger of harm by either force, threat, or duress.

A 258E harassment prevention order is a civil order that protects against violent acts, abuse, communication, contact, and harassment. It expanded who may file for a protective order and established a higher threshold than the one necessary for the granting of a 209A abuse prevention order. More information on the difference between these restraining orders can be found here.

What Can a Harassment Prevention Order Do?

A 258E harassment prevention order is intended to protect stalking, sexual assault, or harassment victims. A 258E harassment prevention order does not need the existence of a familial, dating, or cohabitation relationship in order to be filed. To put it another way, the plaintiff does not have to know the defendant personally. 258E orders can be issued against neighbors, friends, coworkers, employers, employees, colleagues, contractors, suppliers, or even total strangers.

The great majority of plaintiffs bring their claims on the statute's first prong (alleging the defendant committed three or more malicious acts). Actions motivated by hatred, cruelty, or revenge are known as malicious acts. In an emergency, judges can issue harassment prevention orders without the defendant's presence, although a court hearing will be scheduled within 10 days, and the defendant will be told that he has the right to oppose the order in court. In combination with a harassment prevention order, judges can impose numerous restrictions on the defendant, the most egregious of which is that the defendant has no contact with the plaintiff.

Although the 258E harassment prevention order is a civil order, it may quickly turn into a criminal horror if you are accused of violating any of the order's provisions, whether or not you have done so. In an era when violent crimes are a major public concern, police, prosecutors, and courts are increasingly taking 258E harassment prevention order breaches seriously, and criminal penalties can be fast and harsh. Furthermore, a criminal record of alleged violence can be damaging to one's general reputation, as well as current and future employment prospects, current schooling and future school applications, private and public housing eligibility, gun licensing, public benefits eligibility, divorce proceedings, adoption proceedings, bail hearings, and even things like the ability to chaperone. As a result, it's important to do everything you can to avoid the issue or extension of a 258E harassment prevention order so that you don't face future criminal prosecution or other life-altering consequences.

The Court Activity Record Index, sometimes known as the "CARI" system, includes the Statewide Domestic Violence Registry Index. CARI is also in charge of the Criminal Offender Record Information (“CORI”), which is your criminal record. The state body in charge of CARI data input is the Office of the Commissioner of Probation. The state entity in charge of disseminating CORI information as part of a criminal background check is the Department of Criminal Justice Information Services ("DCJIS"). 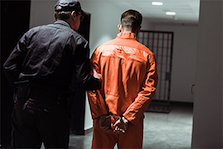 A violation can result in a fine of up to $5,000 or a term to the House of Corrections for up to two and a half years, or both. A fine of $25 is imposed on anybody convicted under 258E. In addition, depending on the circumstances of the violation, the court may require the defendant to complete an appropriate treatment program and compensate the plaintiff for the damages stated above. Anyone who has been ordered to participate in a treatment program as part of their probation must additionally pay $350.

While the provisions of a harassment prevention order may vary based on the plaintiff and defendant's relationship, all orders prohibit harassing, contacting, or approaching the plaintiff within a set distance. The defendant may not contact the plaintiff directly or via others, including through letters, emails, phone calls, gifts, or social media. Many defendants, on the other hand, are unsure of what constitutes a violation and so face criminal prosecution.

Contact a Harassment Prevention Order in Massachusetts to Fight One

Whether the claims are genuine or not, the Massachusetts courts take harassment complaints extremely seriously, and the court's order will have a long-term impact on how you live your life. A violation of a 258E Harassment Prevention Order constitutes a crime, even though it is considered a civil matter rather than a criminal matter.