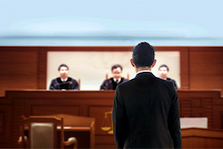 Restraining orders force a person to refrain from engaging in specific behaviors, such as contacting or assaulting the person who has requested the order. Domestic violence, physical abuse, harassment, stalking and sexual assault are the most common reasons for seeking restraining orders.

Getting a Restraining Order is a Major Concern

A court can issue the restraining order ex parte, without the defendant's knowledge or involvement. The defendant is then served with the order and given 10 days to appear at a contested hearing to determine whether or not the order should be extended. The Commission of Probation keeps a permanent record of any such order, even if it is not extended during the 10-day hearing. Unless an order was granted owing to "fraud on the court," courts have declined to delete such records. The Massachusetts Appeals Court recently decided in M.C.D. vs. D.E.D. that the bar for expungement is not fulfilled even when a court discovers that a party committed perjury to secure an order.

A restraining order request should never be ignored. Instead, you should learn about your rights and choices, speak with an attorney, and engage in the legal process. If the protected party accuses you of breaching the restraining order after it has been issued, you may be criminally prosecuted. If you receive a permanent order, you will be barred from owning a firearm while it is in force, and the order will appear on background checks.

False claims of domestic violence or criminal behavior, as well as genuine allegations of criminal activity, can result in restraining orders, unjust punishment, and long-term consequences for individuals accused. At times, the plaintiff may seek a false restraining order against you to blackmail you or for ulterior motives. 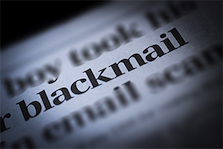 If you've been accused of domestic abuse or a criminal act, the first thing you should do is get legal advice. Working with a trained expert from the start ensures that you will be able to offer the strongest possible defense, especially in instances involving domestic violence charges, which are notoriously tough to clear. One of the most startling facts regarding restraining orders is that in nearly half the cases necessitating a restraining order, no allegations of physical violence are made. A restraining order can be issued against someone who is suspected of harassing someone else and causing them emotional distress. This might involve making numerous phone calls or causing a disturbance or a scene in a public location. It can even encompass the mere threat of violence; for example, if a man is accused of threatening to commit physical assault or harassment, a restraining order may be issued. You must abide by the restraining order, irrespective of how odd those false accusations are or if your spouse lied when he or she filed it. If you have been issued a restraining order, you should not approach your spouse since you might wind up in jail.

A restraining order can be obtained for a variety of reasons. Some example of false restraining orders are when disgruntled spouses file during a particularly ugly divorce case, or a parent seeks to isolate a kid from his or her other parent. Even if the claims that led to the restraining order are shown to be incorrect, the accused individual will still face negative outcomes.

To have a chance of winning a restraining order case, you must give clear and believable defense testimony while simultaneously undermining the plaintiff's credibility with genuine evidence or cross-examination. It's frequently in your best interest to engage an attorney to guide you through this often complex and arduous procedure, or at the very least to talk with an attorney in Massachusetts who can explain the restraining order process to you.

If you have particular questions about your case or want to learn more about Massachusetts restraining order law, you should contact one of our experienced attorneys at Bellotti Law Group P.C. for assistance.