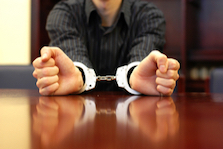 First settled in 1625, Quincy, Massachusetts is among the oldest cities in the United States. Once the early residence of great historical men such as John Adams, John Quincy Adams, and John Hancock, the urban city of Quincy is now home to almost 100,000 residents.

In 2012, the Quincy District Courthouse was renamed the Francis X. Bellotti Courthouse to honor the former lieutenant governor and Massachusetts attorney general. After countless years of service, hundreds of peers, prodigies, former advisers, family and friends gathered outside the court for a ceremony to dedicate the Quincy District Courthouse in his name. His son, Attorney Peter Bellotti, attended the ceremony praising his father’s dedication to serving the Quincy community and lifetime of legal achievements. As a Quincy native, Francis Bellotti earned a reputation as one of the most accomplished and prolific attorneys in Massachusetts.

The area that Quincy now occupies was settled in 1625 by English colonists. The land had been previously cleared by Native Americans, so settlers thought it would be a good place to install a farming community. This area changed names and ownership several times, but ultimately became Braintree in 1640. Quincy occupied the ‘Northern Precinct of Braintree’ until after the American Revolution, when it was incorporated as a separate town in 1792. In 1888, Quincy was named a city. Today, Quincy is home to 88,025 people.

A city located outside of Boston, Massachusetts, Quincy offers a broad range of activities to enjoy. At the thirteen acre Adams National Historic Park, tourists can visit the farmhouse where John Adams and his son John Quincy Adams were born. It is the oldest birthplace of a president in the United States. The birthplace of John Hancock, the longest serving president of the Continental Congress, is also located in Quincy. Visitors also should not miss the Josiah Quincy House, the site of many Sons of Liberty meetings during the American Revolution.

The first commercial railway was constructed in Quincy in 1826 to cart granite from Quincy to Milton for the Bunker Hill Monument in Charlestown, Massachusetts. The city became known for its Quincy granite, and stone cutting became the main economic activity of the city. The first iron furnace in the United States was located in Quincy. In addition to stone cutting, Quincy was a very important shipbuilding community. The Fore River Shipyard produced many famous warships, including the world’s last all-gun heavy warship which can be seen in the United States Naval Shipbuilding Museum in Quincy.

With decades of experience, the attorneys at Bellotti Law Group understand the challenges and fears that come with being charged with a criminal offense. With their aggressive negotiating skills and investigative abilities, our Quincy criminal defense attorneys have built a high reputation of achieving the best possible results for our clients. If you are a resident of Quincy, Massachusetts and in need of legal representation, contact our firm today at 617-225-2100 or through our online form for a free evaluation of your case.