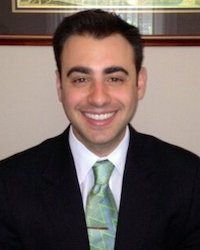 Trial attorney Alex Asermely is trusted by his clients to handle some of the most complex, high-profile legal battles in Massachusetts. He is dedicated to obtaining just compensation for those who have been wronged by the negligent or reckless actions of others. In addition to his quick wit, innate intelligence, and legal insight, there are two things that Attorney Asermely’s clients have frequently praised and appreciated about him: his ability to process new or complicated information rapidly and his negotiation skills.

Attorney Alexander Asermely is a dynamic litigation attorney with an active practice in state, federal, and appellate courts throughout the Commonwealth. He has favorably resolved hundreds of complex civil matters on behalf of individuals and entities ranging from local small businesses to the world’s largest multinational corporations. Alex has garnered consistently impressive results via skilled negotiation, savvy litigation, and zealous advocacy to verdict through trial. He has won (and saved) his clients many millions of dollars over the years.

Alex has successfully handled cases in nearly every District and Superior Court throughout Massachusetts. He also routinely handles matters before the United States District Court (“Federal Court”) and has appeared before the United States Court of Appeals for the First Circuit. The testimonials of his past clients and the frequent solicitation of advice from colleagues speak to his experience, reliability, approachability, and dedication. Alex’s cases are constantly on his mind—even outside of the courtroom, and his office—and his client’s interests are always of paramount importance.

Attorney Asermly takes pride in fighting on behalf of individuals and families who have been harmed through no fault of their own, and who find themselves up against large corporations, insurance companies or other powerful adversaries. His leadership, tenacity, commitment to civil justice, and ability to find creative and effective solutions that benefit his clients have been hallmarks of his career.

Since joining the Bellotti Law Group, Attorney Asermely has been involved in all aspects of the firm’s statewide practice, handling a wide range of matters including catastrophic personal injury, medical malpractice, defective products, and wrongful death cases. His extraordinary record of success includes hundreds of life-changing settlements on behalf of clients throughout Massachusetts.

“People come to us, often at difficult times in their lives, in need of an advocate. This is a tremendous responsibility, and one that we never take lightly,” Attorney Asermly says. “It is our job to help people through that crisis, to give them the best service, be supportive, and ultimately make sure they are fully and fairly compensated for what has happened to them.”

Early in Attorney Asermely’s legal career, he clerked for Rhode Island Supreme Court. This clerkship sharpened Alex’s research and writing abilities, educated him in all aspects of appellate review, and increased his knowledge of civil and criminal procedures. In addition, he was fortunate enough to frequently be invited into Judges’ chambers during high-profile trials, where he gained an invaluable perspective from “both sides” of the bench.